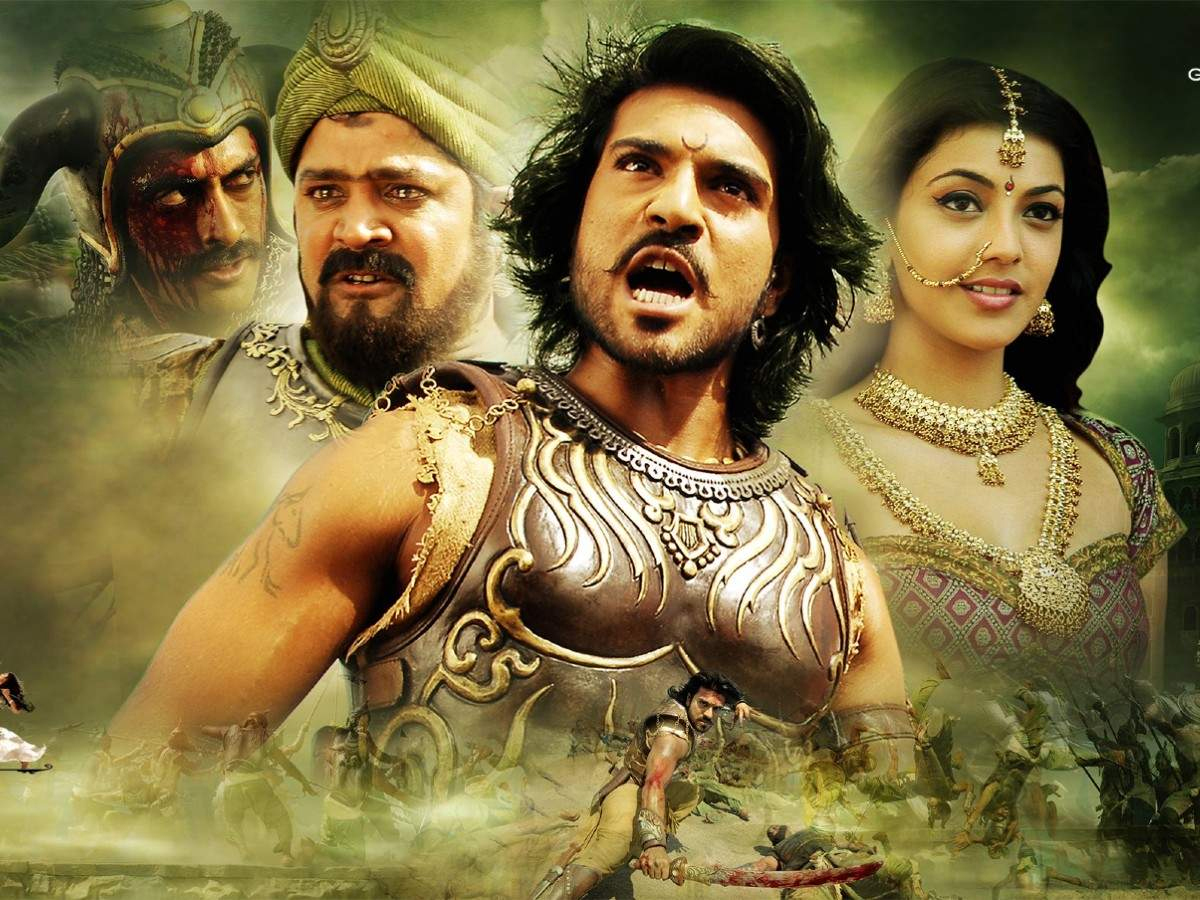 Magadheera (transl. Great Warrior) is a 2009 Indian Telugu-language fantasy action film directed by S. S. Rajamouli who co-wrote the film with K. V. Vijayendra Prasad. It was produced by Allu Aravind of Geetha Arts. The film stars Ram Charan, Srihari, Kajal Aggarwal and Dev Gill. The reincarnation-themed plot revolves around four people: a valiant warrior in charge of the princess’ safety, the princess who is in love with him, the commander-in-chief of the army who lusts after the princess, and an emperor who wants to conquer their kingdom. They all die before their wishes are fulfilled and the plot jumps forward 400 years, at which point the reincarnation of the warrior starts having flashbacks upon a chance encounter.